Posted By Frle / Behind the Scenes / No Comments

Filming Petrol’s commercial included three full days of shooting in which the team captured moments from morning waking up, running between neighborhoods and all the way to the Petrol’s Coffee machine.

The most fun for the whole team was as passers-by were watching us as both the director and the protagonist carried out several kilometers of running thru the streets to the Petrol’s service station. 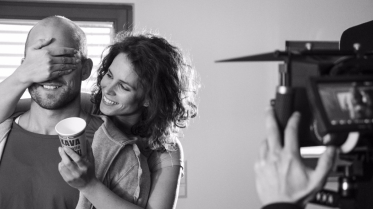 For all running adventures the key was a good physical condition, because running with camera is anything but easy. A fully rigged camera, together with lenses, remote follow focus and wireless monitoring can sometimes weigh as much as 10kg. For many shots, we also used light dolly. 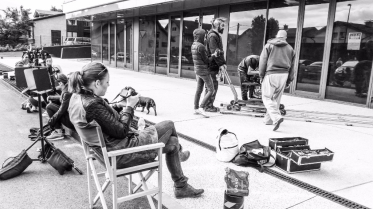 For this dynamic ad it was crucial to use the best filming, lighting and postproduction equipment. For the very first time, we used our new Blackmagic 4.6K URSA mini camera. A 15 stops of dynamic range, captured by the camera in raw format, significantly increased the color reproduction in post. All editing, together with fast jump cuts and color grading was done in Davinci Resolve without a glitch in full 4.6K resolution.

The ad should in the viewer create a moment of impatience, what will happen and why such wild run of protagonist. The ad is also drawing attention to the importance of coffee in our everyday life, because it’s no longer just a moment in our morning time. Around this magical drink is in fact turning many business and personal agreements into action.

At the end of each day, each successful scene that was captured by the lens was wrapped up into a beautiful memory and all the efforts into desires to have new adventures .